Shane Brinkman-Davis Delamore is a master of the craft and passionate about UX design and programmer productivity.

Why do we care about modular design?

Why do we care about modular design? Let me tell you a story about my friend Mike Kelly. In 2016 he took a side job to build a simple course platform. Since it was a side job, and Mike was bored, he offer to do this job at a deeply discounted rate if he could retain rights to the source code. It was a brilliant move. That client had reach, and other people started asking about his work. “This is a really nice platform. It’s really easy to use. It’s fast, and it works well. What is it?”

Mike decided to test the waters. His plan was to package up the product so it would be easier to custom-install on each clients’ hardware. He quickly realized it was going to be a nightmare to maintain the software in each client’s environment. Instead, he moved towards a software-as-a-service solution, hosting each client’s course in one place for a monthly fee. Thus MemberVault.co was born.

MemberVault was a success. More and more people signed up. Mike quit his day job and, together with his wife, started working full time on marketing, sales, customer support, bugs and new features. There was just one problem. In the rush to get things out the door, he didn’t have time to change his original design: each client required their own database. Each new customer, free or paying, added another database to his MySQL server.

Fast forward to 2019 and MemberVault’s MySQL server had thousands of databases. MySQL is not designed to scale this way, and performance and memory problems were starting to creep up. Mike had to solve this problem soon. He was proverbially tied to the train-tracks and the locomotive was barreling down on him.

This is where I came into the story. I helped Mike think through the possibilities and we came up with a simple solution. We decided it was best to stick with MySQL, but refactor the code to use a centralized database. It would need a new schema with an added clientId field for most tables. The question was how to refactor the existing code-base, migrate old customers, minimize downtime, minimize development time, and avoid having to maintain two codebases for the different database schemas during the transition.

The solution ended up being astonishingly simple (the best solutions always are). Mike added the clientId field to the existing databases even though they didn’t need it. He could refactor the code in place, test it and deploy it incrementally before he introduced the new, centralized database. Once everything was working on the existing databases, he could add a small tweak to his existing database routing logic to route all new clients to the central database, which would have the exact same schema. He could worry about actually migrating the old clients later, at his leisure, and still only have to maintain one code-base.

The problem was Mike’s code was a mess. It wasn’t modular. It had grown organically as he struggled to keep up with all the needs of a successful, growing SAAS company. For example, instead of being wrapped up in a single, well-designed module, the code for adding users was duplicated and spread across multiple code-bases: member-user-signup, member-admin, membervault-admin, cron jobs, the API and other external integrations.

Modular design could have reduced the amount of code Mike needed to update by a factor of 5 and dramatically reduced the complexity of the overall refactor. Instead of taking months, the refactor could have been done in a couple weeks. That’s the power of modular design. Modular design allows code to remain agile in the face of ever-changing requirements.

Modular design allows code to remain agile in the face of ever-changing requirements.

Modular programming is a software design technique that emphasizes separating the functionality of a program into independent, interchangeable modules, such that each contains everything necessary to execute only one aspect of the desired functionality - wikipedia

Complexity is the primary killer of developer productivity. Software complexity can scale exponentially with size. Thankfully, modular design gives us complexity-fighting superpowers. It allows us to decompose big, seemingly complex systems into small, manageable parts. The strength of a project’s modular design will ultimately determine how large it can scale. Without modular design, it would be impossible to manage the complexity of all but the smallest, most incremental projects.

With good modular design, there is no limit to how high and how far we can go with software. Modules give us the super power of abstracting arbitrary complexity behind clean, simple interfaces. Modular design can, when wielded by masters of the craft, transform complexity which scales exponentially with project size to a project where complexity scales sub-linearly. It is even possible for a project to get easier to add functionality as the project grows.

The 5 essential Elements of Modular Design

Make each module as easy as possible to design, implement, test, deploy, upgrade and maintain. 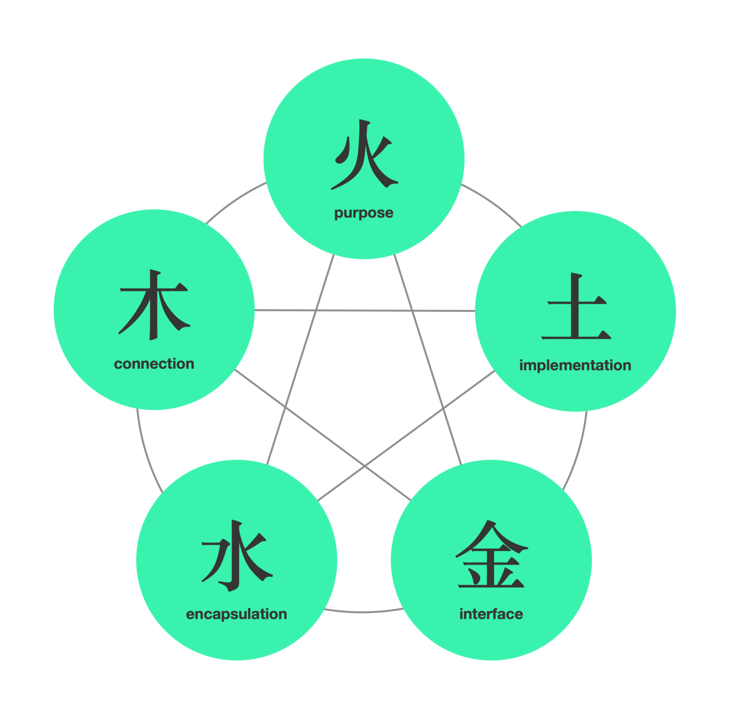 What Shouldn’t Be a Module

Even if a chunk of code meets the five elements of modular design, it may still be overkill to factor it into its own module. There are two things to be wary of if you feel like you are making too many modules:

A module with two or more dependencies should almost certainly be a module in order to keep things DRY.

The goals of modularization is always to decrease complexity and increase clarity. These are ultimately subjective judgements. Everything I’ve discussed in this article is secondary to your team’s well considered judgement for what works on your particular project.

The primary benefit of modularization is mastering the art of managing software complexity. When done well, good modular design leads to some very powerful, practical benefits:

Without modules, complexity will destroy your productivity.

Modules allow us to climb higher, go further and build faster. Modules are the building blocks of the virtual landscape. We’d be nowhere without modules. We can only build the amazing software possible today because of the amazing foundation of existing modules we can draw upon. A programming language is a module. Operating systems are a collection of modules. The most successful languages have vast module libraries ( module counts by language). Some modules have endured decades of use and continue to be key to our collective success. That is the power of good modular design.

So get out there! Take your modular design skills to the next level and build something awesome!

Read more about modular design with is a practical example applying these principles to React-Redux JavaScript applications: