WEconnect Health is a social purpose corporation focused on supporting long-term recovery from substance use disorder (SUD). WEconnect’s mission is to save lives, provide accurate outcomes data, and support healthcare ecosystems, communities, and families. In 2015, GenUI teamed with founder Daniela Luzi Tudor to develop the beta version of the WEconnect Health app. A few years and over $11M in funding later, WEconnect Health is achieving its mission on a global scale.

“The opposite of addiction is connection.”

The Journey of Long-Term Recovery

Born in Romania while it was still a communist state, Daniela Luzi Tudor and her family left the country during its 1989 revolution. They moved from one immigration asylum to another, crossing border after border—18 times over—across Tudor’s childhood. Like so many exposed to trauma at a young age, she developed a coping mechanism for these experiences: compartmentalization. Unfortunately, ignoring these issues often only serves to compound them.

For Tudor, not addressing her childhood trauma eventually led to a habit of self-medication with drugs and alcohol. Yet when she woke up on the cold floor of a Burien, WA jail cell in 2014, Tudor made the decision to save her life and own her addiction.

In her words: “I knew that I could no longer live with drugs and alcohol, but I also didn’t know how to live without them.”

Then she took the courageous and difficult first step of gaining control and entered a rehab program. There, she learned three critical tools that inspired a change in her life: 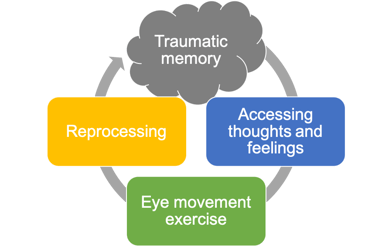 These tools also sparked the idea for a behavioral science-based digital wellness solution to help others with substance use disorder (SUD). Most people have someone in their social circle who suffers from SUD; these are our friends, family, colleagues, and sometimes even ourselves. We applaud them for taking that first step by seeking treatment, but that’s just what it is: the first step of a journey. As with any chronic disease, the lifelong marathon of staying in recovery is not as well acknowledged by those who don’t live the process.

Receiving empathy of any sort is welcome, but those fighting the daily anxiety and haunts that lead to SUD benefit from the compassion, advice, and camaraderie of others going through similar struggles. Tudor recognized this need and put her tech concept on the path to commercialization with a different kind of first step: taking her idea from a proverbial napkin sketch to an MVP.

The Power of Connection

GenUI encourages its team members to pursue passion projects outside of work because these experiences improve innovation and critical thinking. If the company sees an employee leave to make their dream a daily reality, GenUI gains a collaborator in the tech sector. Their relationship doesn't end post-employment; instead, it lives on in a new form.

The story of WEconnect is proof of this—Tudor worked as a Community Development Manager for GenUI from 2014 to 2016. Empowered by the company's spirit of entrepreneurship, she shared her technology idea with co-founders Jason Thane and Jason Greer in 2015 and received great support.

Tudor spent the next year aligning a business plan with co-founder Murphy Jensen, former tennis pro and recovering addict. Together, they also began raising the necessary capital for the duo's very personal goal: to create a mobile app for recovering alcoholics and drug addicts that uses technology to foster connection and fight the crippling isolation that often leads to relapse.

The app idea is rooted in Tudor's beliefs that intimacy with the self and others creates a supportive culture. It is also an outgrowth of the evidence-based tools Tudor learned in rehab that successfully enable recovery:

Knowing she had their full backing, Tudor hired GenUI to build an MVP product: specifically, an Android app. Working closely together, they prioritized app features that would aid an overall recovery plan by promoting holistic principles through complementary technology (rather than despite it). Those features included making it simple for users to:

Within a few months, GenUI went from an app with a single screen to a working MVP that was deployed to the Google Play store, called WEconnect Health. 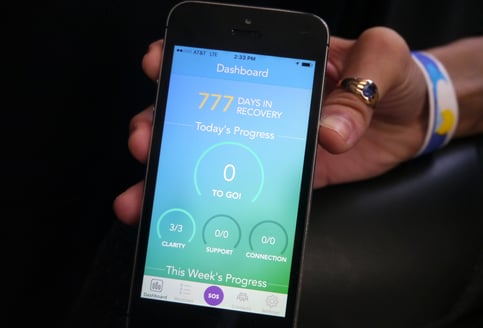 Tudor and Jensen quickly put the app in the hands of individuals at inpatient treatment and rehab centers in Arizona, Washington, and California. There, they gathered the necessary data to prove that WEconnect Health could reduce relapse rates. Their plan was to take that data to insurance companies and make a case for benefits inclusion.

From there, they also began seeking investors, intending to raise a $3M Series A at a $15M valuation. In the summer of 2016, WEconnect Health won an elevator pitch competition at TechCrunch’s Seattle Meetup event. This was followed by selection at TechCrunch Disrupt SF to present on stage. Just two years later, WEconnect Health announced a $6M Series A investment to fuel its growth. 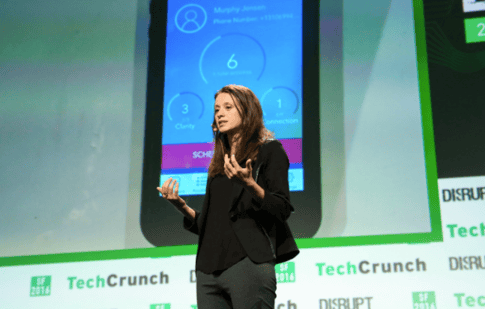 "GenUI partnered with us during the early days to turn the glimmer of an idea into a product that began our journey of giving people the hope and support they need to stay in recovery for good."

Since 2018, Tudor, Jensen, and the internal WEconnect Health team have continued developing and scaling their digital platform.

Today, there is a built-in rewards element to the app.  Designed to reward positive behaviors, the feature helps nurture the user’s soul and/or connection to their community. Offering everything from Starbucks and Amazon gift cards to fitness classes, movie passes, and grocery coupons, the rewards feature recognizes that any -- and every -- little bit helps.

WEconnect Health’s messaging tool functions both privately and with HIPAA compliance. The user-friendly dashboard continues to visualize daily activities that benefit a user’s wellbeing. And the added feature of location-tracking helps encourage meeting and appointment attendance when users need it most.

WEconnect Health is now used nationwide by thousands of patients, treatment facilities, drug courts, and insurance companies. In 2019, it signed up its first major health plan and set its sights on the federal government’s approval to qualify for national reimbursement through Medicare and Medicaid.

It also stepped up further in 2020 to help people forced to stay home due to COVID-19 by way of free, daily online substance abuse support for those in need. With 1 in 10 Americans struggling with addiction, WEconnect Health saw more than 15,000 attendees across all 50 states and 10 countries in its first month of the service.

Today, the GenUI team continues to cheer on Tudor and her company. Both organizations stay in contact for conversations about the trickiness of entrepreneurial growth, the evolution of the tech landscape, and how to help each other navigate the continued change in the world around us, while staying committed to creating positive impact.

Because that’s how the future gets built. Together.